On Author’s Day, the ARGENTORES Board of Directors presented a special mention to the renowned Chilean Director and Screenwriter Silvio Caiozzi. 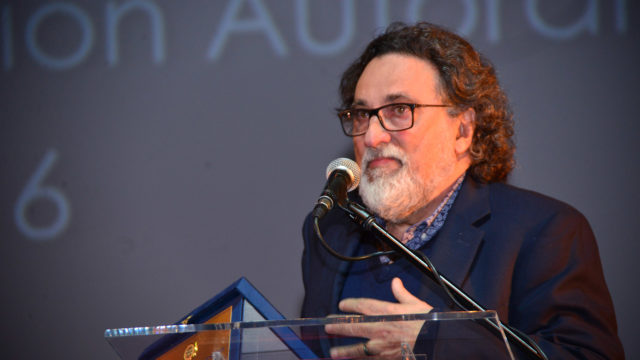 This last 11th of September, ARGENTORES celebrated Author’s Day with a distinguished Award Gala for the Works of Authors in 2016, which was held in the Pablo Neruda room of the Paseo La Plaza in the city of Buenos Aires, where the renowned Chilean Director and Screenwriter and Vice President of the ATN (Society of Audiovisual Directors, Screenwriters and Playwrights), Silvio Caiozzi, received a special award presented by the ARGENTORES Board of Directors.

We celebrate this well-earned award, not only for his recent win in the Global Competition category in the Montreal Festival for his film “Y de pronto el amanecer” (“And Suddenly the Dawn”), but also for his fight together with Chilean authors in the recent enactment of the Ricardo Larrain Law, which protects the rights of Chilean Screenwriters and Directors. Congratulations!