Writers & Directors Worldwide has restated its support for the European “Fair Remuneration for Screenwriters and Directors” campaign with a call for all members and partners to sign a new online petition for equitable treatment. 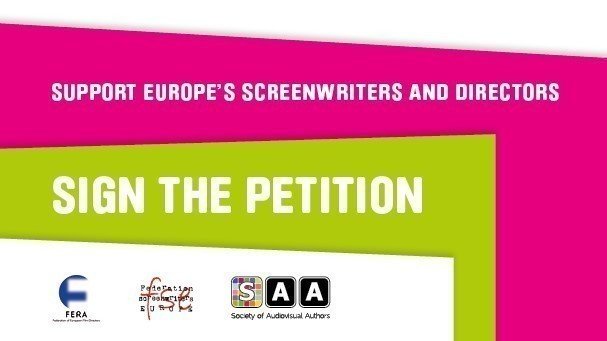 The petition calls on the European Parliament, the Member States, and the European Commission to hear the voices of European creators and adopt an unwaivable right to proportional remuneration for authors, which would be collected directly from the on-demand platforms by the collective management organizations representing the authors.

This initiative has been launched by three fellow audiovisual creator organizations: the Federation of European Film Directors (FERA), the Federation of Screenwriters in Europe (FSE) and the Society of Audiovisual Authors (SAA). It shares the same objectives as the globally-focused Audiovisual Campaign, launched by CISAC and Writers & Directors Worldwide in 2015, that has helped to change the laws of Chile and Colombia in the past 18 months.

“This is a crucially important campaign for European audiovisual creators. The recent successes in Latin America prove that lawmakers do listen when creators speak with one voice and that they really can be persuaded to change the law to protect us. We strongly recommend that all directors, screenwriters, and anybody that appreciates their work, should sign this valuable petition today.”