The Federation of Societies of Latin American Audiovisual Authors– FESAAL, held their Annual Congress on October 2nd and 3rd at the Hyatt Regency Hotel in the city of Cartagena de Indias, Colombia, gathering the Audiovisual Authors representing the member societies, together with their technicians, in two working days, where the main focus of the meeting was the defence of authors ´rights in the region.

As usual, the Authors who represent different Directors, Scriptwriters and Playwrights CMOs of Latin America, have come together one more time within the frame of this debate which continues with the collective union of authors for the defence of authors ‘rights in Latin America. With an extensive agenda planned for both days, a warm welcome was presented to the societies: EDAP – Writers, Scriptwriters, Playwrights and Audiovisual Directors of Panama, and CREADORES PY, Paraguay, who are already starting to take a part in the Federation as member societies, congratulating their Authors for initiating the path in defence of their rights. 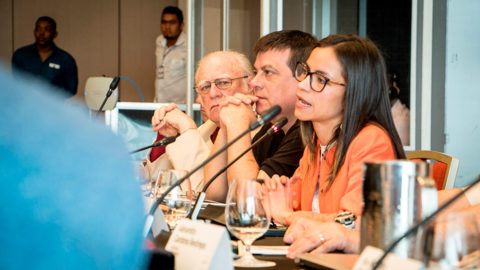 The congress counted with the presence of Dr. Carolina Romero, Director of the National Direction of Authors ´Rights of Colombia – DNDA, who pointed out it was an opportunity to share with the countries of the Latin America region, the Colombian experience within the legislative scope and regarding public policies that are, at this point, boosting the creative economy, based in Authors ‘Rights and related rights. The Director expressed her thanks for the invitation to the Authors of FESAAL, for the chance of participating on the first day of this annual meeting.

During the journey of October 2nd., the first Meeting of Latin American Women of the Audiovisual Industry was held , where female Authors member of the societies of the Federation participated, sharing with the public their impressions about the gender situation of the industry in each of their countries, their experiences, the role which representative entities should have, the possibility of an International Meeting of Women in the Audiovisual Industry in a near future and the need of acknowledgement on this subject which resounds so closely with female Authors in their territory. 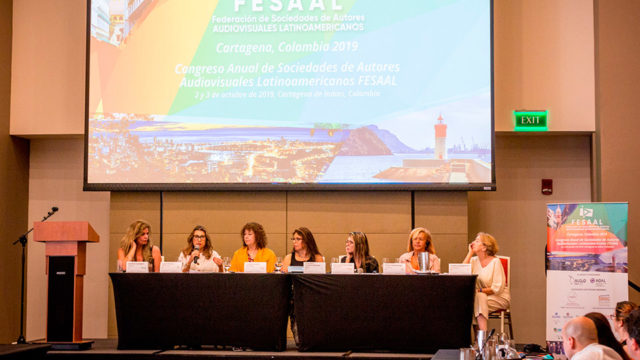 Besides, the necessary technical panels for the digitalization of Works were presented; information systems, new objectives were set for the work of collective societies, dealing with the doubts of Authors and their technicians together with the present problematic of each country, with the purpose of maintaining a steady flow of information. On a prioritary note, the relation of FESAAL at an international level was discussed; their objectives, next steps, and setting a new place and date for meeting.

It is important to highlight the presentation of two plaques of recognition for Mario Mitrotti, President of DASC and Alexandra Cardona Restrepo, President of REDES, for their struggle alongside Colombian Authors, achieving the sanction of the Pepe Sánchez law, which defends the authorial rights of Directors and Scriptwriters in their territory and the world.

Through these encounters, the importance of teamwork is acknowledged, the achievements which Latin America has obtained hand in hand with their Authors through all this time, are due to the support which countries offer one another, manifesting without a doubt, that union conforms strength 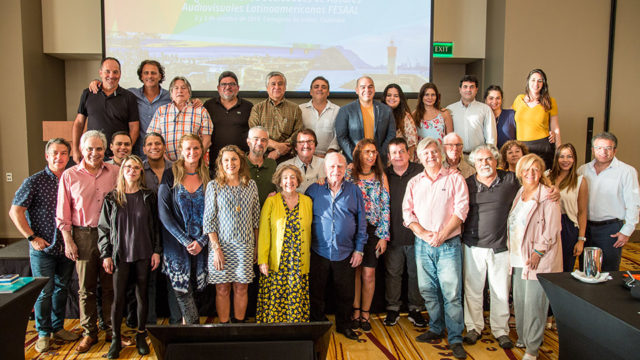